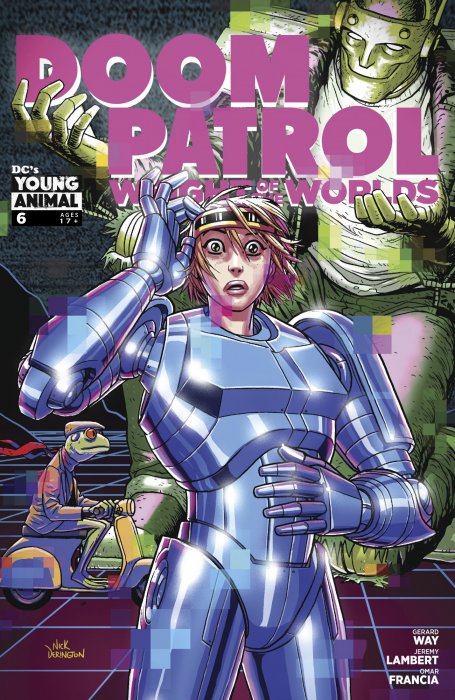 "Unlike anything we've seen before." —Nerdist

“Batman: White Knight asks us to step back and take stock of the long-term impacts that Batman's activity has had on Gotham City.” —Kotaku

"Batman: White Knight is an entertaining and insightful graphic novel that stands perfectly alongside other classic Batman stories. It will be one that is studied for years to come." —Culturefly

"Though emotions are coiled tight throughout much of the tale, Murphy does a brilliant job of balancing action and emotion in a gonzo climax."—Booklist, starred review
"This newest take on the Dark Knight will please Batman's legion fans with its innovative and intelligent twists." —Publisher's Weekly

"Batman: White Knight written and drawn by Sean Murphy is nothing less than extraordinary." —Fresh Fiction

"Murphy’s plot is multifaceted but easy to follow, his artwork is never less than gorgeous, and the depth of the world is utterly astounding.... White Knight crams in thought-provoking themes, shocks aplenty, Easter Eggs at every turn, and more familiar faces than you could shake a Batarang at."—Den of Geek

After breaking into the industry at a young age, Sean Murphy made a name for himself in the world of indie comics before joining up with DC. In his tenure, he has worked on such titles as Batman/Scarecrow: Year One, Teen Titans, Hellblazer, Joe the Barbarian, and the miniseries American Vampire: Survival of the Fittest. Sean also wrote and illustrated the original graphic novel Off Road, as well as his popular miniseries, Punk Rock Jesus, and was the artist on the critically acclaimed Vertigo miniseries The Wake with Scott Snyder.